History of the Library

In the early 1900s, Smithereens could read newspapers, magazines and religious tracts in the reading room above Adam’s Drug Store. At that time, transportation was by mule and pack horse, making books a rare and valuable commodity, though a small selection of books is said to have been available at Kennedy’s Pool Hall on Main Street.

Later, Muheim School had a collection of books. Mrs. Kathleen Casler, then Library Association Chair, spearheaded a move that resulted in the Town setting aside space for a library in the garage of the Municipal Hall. In March 1955, books were finally installed on shelves in a corner next to the fire engine.

Ruth Mould began as an unpaid library volunteer in 1958, working under the first librarian, Marge Beauly. Mrs. Mould eventually became the head librarian and started receiving a salary in 1961.

In 1967, a new combined library and museum was built as a centennial project at the foot of Main Street on Alfred Avenue. Ten years later, the museum moved to the Central Park Building, allowing the library to use the vacated space for a children’s room. 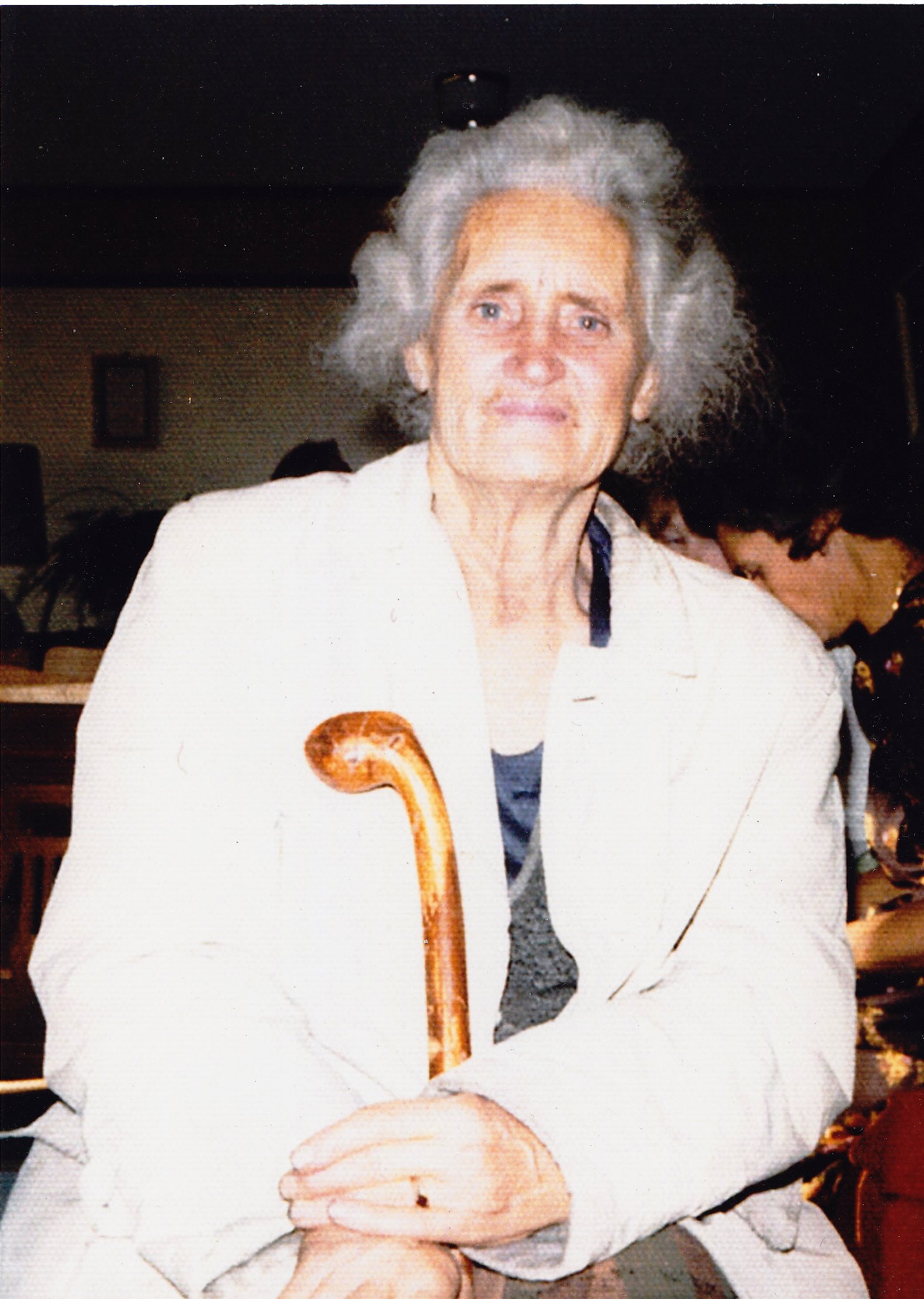 Kathleen Daisy Cassler (nee O’Connell) was born in Buxton, England on July 27, 1898.  Her parents were Patrick O’Connell and Katherine Parks O’Connell. She was raised among gentry to be a proper English lady. After attending College in Buxton she immigrated to Canada where her first job was serving as a governess on a western ranch during the Depression.

In 1944, she arrived in Smithers with her husband, Norman, who worked for the CNR, and their four children, Robert, Bea, Sam and Lillian. They settled on a rural property raising goats. Mrs. Casler’s greatest talent and joy was entertaining children. She was quite a storyteller and wrote several children’s books, including Sammy, the Young Canadian and Gypsy and the Bobtailed Dog. Her writing was recognized by the CBC and she was also featured in the Vancouver Sun.

Between 1949 and 1954, as Chair of the Smithers Public Library Board, Mrs. Casler launched a determined campaign to find a permanent home for the small collection of books colloquially known as The Library. During this period, she had received some advice from a provincial government official to “throw those old useless books in the river.” After extensive and determined correspondence, she succeeded in getting the backing of the Provincial Library Commission in asking the Smithers Village Council for quarters to set up an appropriate library. On December 13, 1954, they agreed to convert a proposed workshop area in the Municipal Hall garage into a library room. The area was 14 x 22 feet, unheated and lacked appropriate shelving. This was hardly adequate, but Mrs. Casler and her Board accepted it because once they were officially recognized as a Municipal Library, funds and assistance would become available from the provincial government.

At that time, Marge Beauly was working part time as the librarian and was in charge of the move into the room in March 1955. Books were stacked on top of anything available, while some remained in boxes. More help was needed to make these books available to a community that did not have radio or television. They advertised for volunteers to help them make the books more available to Smithereens. Ruth Mould volunteered in January 1958 and was soon fulfilling Mrs. Casler’s dream of building an proper library in our town.

Mrs. Casler’s marriage fell apart when her husband felt crowded out of the family home by the goats she insisted on bringing indoors. Her children grew up and left and she developed osteoporosis, a bone condition which became obvious in her twisted, crouching posture. She was often seen around town dressed in peculiar combinations of obviously cast-off clothing, sometimes pushing a small cart, other times pulling a wagon full of discarded produce she hauled home to her goats. Her odd appearance fired many children’s imaginations about witches. They called her, “The Goat Lady.”

But beneath that persona, which she did not discourage, lay a very sharp mind. She was a strong advocate for First Nations rights. Mrs. Casler rented rustic little cabins on her property on Zobnic Road to Indigenous people. At the time, this was not a popular move among her neighbours. She was frugal, thrifty and helpful. Oral history describes how she loaned money to a young entrepreneur (without charging interest) and made it possible for him to invest in a local business.

During the winter of 1976, Mrs. Casler fell ill and couldn’t keep a fire going in her wood stove. Haywood, the Fire Chief, was asked to check up on her. He found her unconscious in bed with 32 cats on top of her keeping her warm. She lost a couple of toes to frostbite, but recovered and was persuaded to make her home in the hospital for the last four years of her life. Dr. Allan Wilson recalled that after she was all cleaned up, she turned out to be a delightful, cheerful, enchanting old English lady. On one occasion, he peeked into the children’s ward to find her telling stories to a group of enthralled children, their pain forgotten.

When Mrs. Casler died on September 19, 1980, Ponnie Wilmot, a retired nurse, wrote that it was like a light went out. There was no one for the nurses to joke with. Smithers had lost one of its most progressive, open-minded citizens. 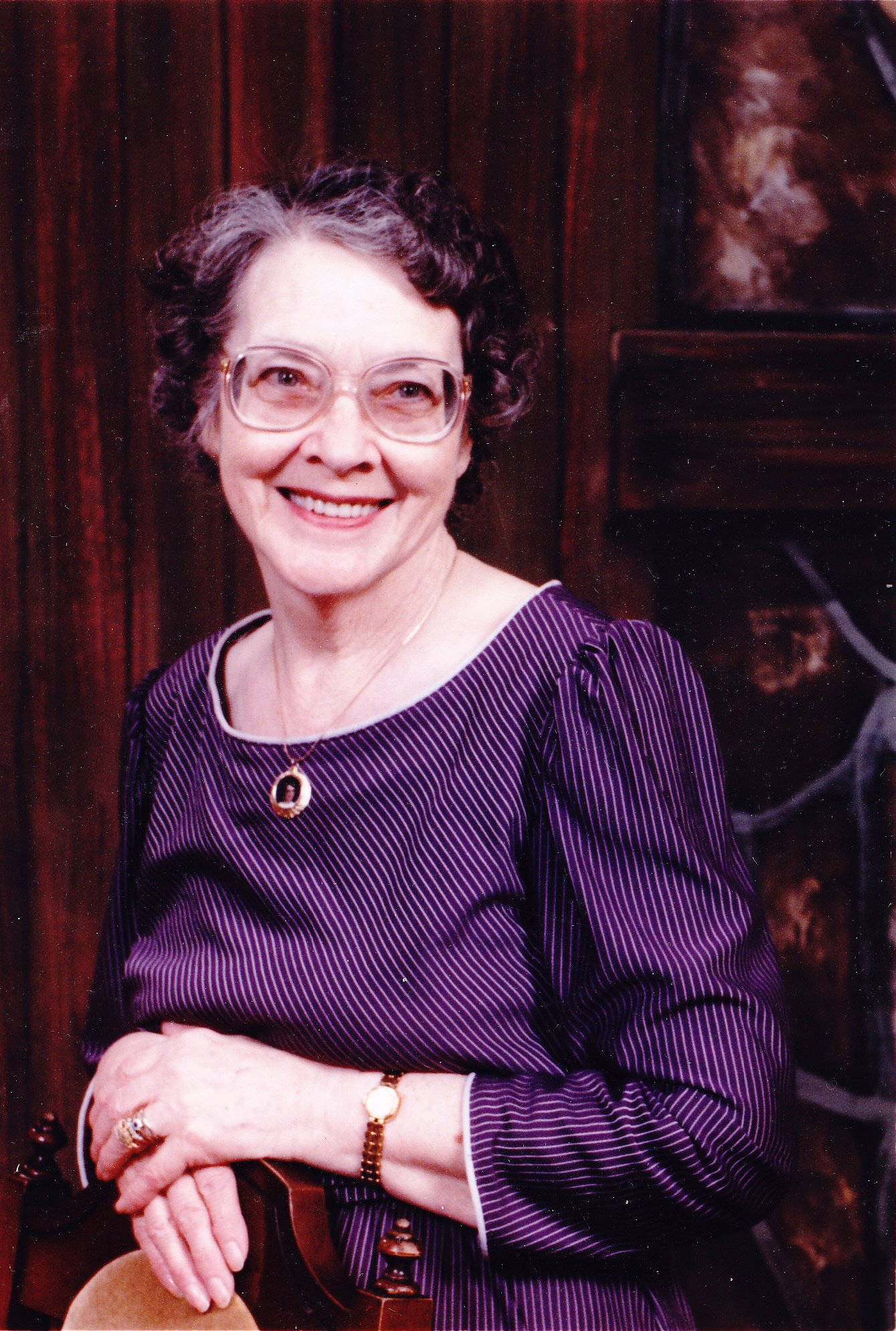 Ruth Lorraine Pauline Mould was born on September 10, 1911 in Montreal, Quebec, daughter of Henri and Pauline Piche. Mirabelle Airport now occupies the site of her family’s homestead. The Piches moved to British Columbia in 1919, settling in Decker Lake where her father, brothers and she all worked as tie hackers.

She was only 8 years old and couldn’t speak English when she was registered in the local school. Other students bullied her about her “funny” language. Ruth vowed that she would learn English and speak it without an accent. She not only succeeded, but mastered a very large vocabulary that served her well in her job as a librarian. She married Ernest Frederick (Ernie) Mould on July 8, 1930 at St. Paul’s United Church in Burns Lake.

In 1956, Ruth arrived in Smithers following a health crisis. The doctor advised her to quit work and take life easy. She was soon bored doing nothing and looked for something interesting to occupy her time. The Interior News ran a story advising local residents that their use of the library in the Municipal Hall was restricted because no one was willing to work on Saturdays when many people sought books.

In 1958, Ruth volunteered to work one day a week and soon adopted the same enthusiasm and passion for the library as the board chair, Kathleen Casler. By 1961, she was receiving a salary to compensate for managing the library. That year she took her first course in library management. This was followed by an extensive course in 1971 when she graduated as a fully qualified Community Librarian.

During her 20-year tenure at the Smithers Library, Ruth oversaw the construction of the 1967 Centennial Library on Alfred Avenue and supervised the move of thousands of books to their new home. An addition to the library was constructed in 1971, also under her supervision. She also volunteered at the Anglican Church Thrift Shop and the Hospital Auxiliary. In 1978, she was awarded Queen Elizabeth’s 25th Jubilee Medal for her outstanding work in the community. At her retirement party in September 1978, it was acknowledged by Mayor Fred Shortreid, speaking on behalf of the Town Council, that she singlehandedly built the library from a small, unheated room in the old Town Hall to the complex it is today.

Ruth Mould died on June 16, 1986 and she is remembered fondly by all who knew her.

Check our Event Calendar for information about upcoming library programs and events for children and adults.

Connect with us during open hours from Monday to Saturday.